Does the Chiefs Defense Need to Improve or will Mahomes Carry Kansas City? 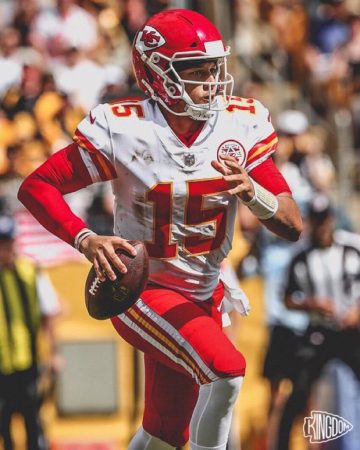 It’s been a whirlwind start to the season for the Kansas City Chiefs. Headlined by 23-year-old quarterback Patrick Mahomes, the Chiefs smashed their way to a 2-0 start that included the scalps of the Los Angeles Chargers and Pittsburgh Steelers, both on the road.

Over the 38-28 win over the Chargers and 42-37 win over the Steelers, Mahomes passed for a whopping ten touchdowns, tying Len Dawson for the single-game franchise record. It’s all been clicking on offense for Mahomes and his incredibly talented supporting cast, but one element of the Kansas City game is notably lacking.

Through the first two games, the defense conceded 63 points, only achieved two sacks, one interception, and one fumble recovery. But, has been as doom and gloom for the defensive unit as the numbers make it appear?

The QB duels take a toll

Given that the Kansas City Chiefs faced Philip Rivers and Ben Roethlisberger on the road in the first two games, they weren’t expected to come close to keeping shutouts, let along concede less than 20 points. However, as great as those quarterbacks are on any given day, they forced to prove their skill when Mahomes turned up.

Mahomes turned up and just started picking apart the opposition defense, passing touchdown after touchdown. To keep their teams in the game, Rivers and Roethlisberger has to dig deep and drive for fast scores. With Mahomes acting fast to make his way towards the end zone, opposing offenses have been given a lot of time to see what they can do. Against the Steelers, the Kansas City defense faced 54 snaps in the first half alone, which is bound to put a strain on their efforts.

So, not only did they face two top-class, likely future Pro Football Hall of Fame quarterbacks on the road, but their young star quarterback forced these veterans to play the ball and push their offenses to the limit.

Will it be a similar story all season? 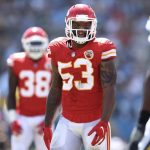 The defense is a major part of football and teams can’t simply be carried by the work of a hot QB – for the most part – but what would really help this defense is if Mahomes could employ a few more time management strategies.

Kansas City’s defense is full of incredible players, such as Anthony Hitchens, Justin Houston, Steven Nelson, Dee Ford, and Eric Berry. The strength of the defensive unit is one of the main reasons why the Chiefs are at +120 to win the AFC West in the NFL betting, with the Chargers trailing at +230. Mahomes’ play is, of course, a major influence on the Chiefs’ tag as favorites, but the experts know that if Mahomes struggles to put up huge numbers in the season, such as against the Jacksonville Jaguars, Los Angeles Rams, or Baltimore Ravens, the defense will be there to keep them in the game.

It has been a porous start to the season by the Chiefs defense, but the gung-ho play of the Patrick Mahomes is a contributor to this. While the offense is still blowing teams away, the number of points conceded doesn’t matter too much, but there will come a time when the defense needs to take the spotlight off of Mahomes. Given the number of quality players and their vocalized desire to do better, they should have the ability to win Kansas City games when Mahomes meets a tougher defense.