After Charles, Who Will Stand Out On Offense In 2014? 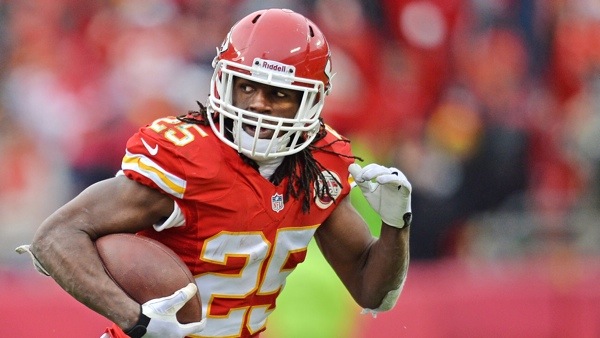 Anyone who followed the Kansas City Chiefs last year understood that Jamaal Charles was the bulk of the offense. He figures to be a huge part again in 2014, but the team is hoping for a bit more help. Here is a look at the 3 best players after him as far as fantasy football 2014 is concerned.

There is a realistic chance that no player on the Kansas City Chiefs will go in the 1st 100 picks in fantasy football 2014 after Charles. However, if someone is able to sneak in, it would be Bowe. He will be the main receiving option for the Kansas City Chiefs and their passing game, but he is not consistent enough to join that top tier. There is still a chance that Andy Reid begins to use him more, but last year he failed to have more than 70 yards receiving in a single regular season game.
END_OF_DOCUMENT_TOKEN_TO_BE_REPLACED

The ultimate grade for any team at this point of the NFL season is defined not by A’s, B’s or C’s but W’s and L’s. Grading on that curve, the 9-0 Kansas City Chiefs, the NFL’s last unbeaten team, are at the head of the class.

That’s not to say everything is working well in Kansas City. Offensively, the Chiefs are getting by while the Chiefs have often dominated with their defense.

Chiefs seventh-round draft pick Mike Catapano understands the odds he’s fighting as he attempts to carve out a career in the NFL.

Two weeks ago, he became the first player from Princeton to be selected in the NFL Draft since 2001. And while Ivy League graduates are generally well-respected, it’s not usually for their abilities on a football field. Only six players from the Ivy League appeared in an NFL game last season.

Catapano is trying to change the conventional thinking.

“Everybody always says, ‘Hey, at least you’re bringing up the team GPA,’ ” Catapano said. “but I came here to play. I’m proud to represent the Ivy League. The Ivy League is smart guys that like to play football, and that’s what I’m here to show — that we can play the game just as (well) as everybody else.”

If you watch this video you are likely to fall in love with the new Kansas City Chiefs TE Travis Kelce. FYI, some of the songs do contain very explicit lyrics that are not suitable for kids. Some of the hits are not suitable for kids either :). BTW, I love this guys ability to run block. I lost count of how many guys he put on their back. Around the 10:00 minute mark you will see some ferocious special teams plays as well. Enjoy! 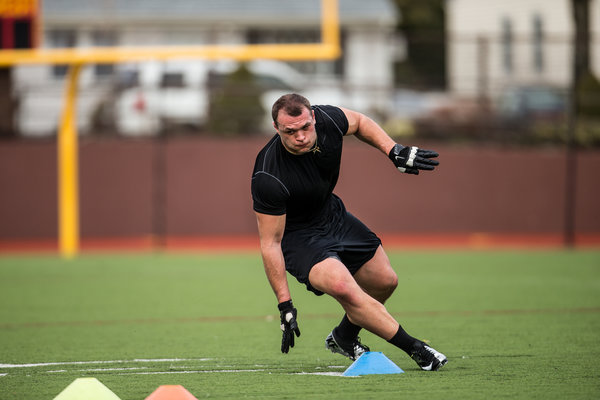 Catapano was the Ivy League leader in sacks, forced three fumbles and amassed 41 tackles in the 2012 season. While he played defensive end at Princeton, he is considered on the smaller side at 6’3″ and 271 pounds.

The Chiefs plan to use Catapano as a linebacker. It’s a role that Catapano says he will welcome. In the months, weeks and then days leading up to the 2013 NFL Draft, Nico Johnson talked to most teams in the league. Practically all of them, in fact.

“Kansas City was probably the only team that I didn’t talk to,” the former Alabama linebacker said Tuesday by phone from Andalusia.

So after he slept in Saturday, he showered.

“I was just waking up,” Johnson said. “As soon as I turned the TV on, my name popped up and my phone rang.”

The Chiefs were calling to tell him that they had selected him with the second pick in the fourth round. Johnson was the 99th player drafted overall.